Stories from the Mobile Kitchen – A recent road trip 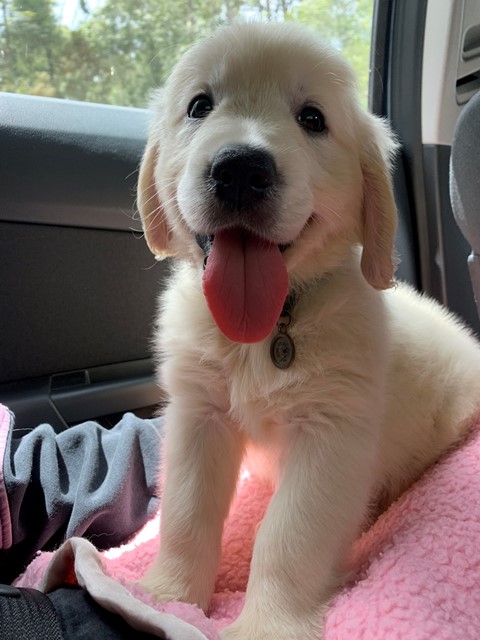 18 Feb Stories from the Mobile Kitchen – A recent road trip

Wednesday night, day one, we launched MT23 in Hornsby with 7 men. This group has taken a long time to come together and we feel it will turn into a strong Table. I had a really nice chicken breast with veggies along with some wonderful listening and sharing. Maybe you know a man in this region who could join them, I recommend the chicken.

On Thursday, I was woken up at 5.30am by David’s new puppy Finley licking my face. This set the tone for the day. He then went on to steal one of my shoes, then each sock, then we had a wrestle over ownership of my towel and then my PJs. A beautiful start to the morning.

We were on the road at 6am for a 10am meeting in Canberra with Dr. Michael Gardner who is Greg Hunt’s Senior Policy Advisor for Mental Health. Despite his need for a quick meeting we managed to get 50 minutes with him. The short story is that he gave us some great advice about how we could get support from the Department of Health. We left with our tails wagging. He also encouraged us to pitch to Hon. David Coleman who is Asst. Minister to the PM for Mental Health and Suicide Prevention.

We then left Greg Hunt’s office and ambled around Parliament House and thought we would have a look at one of the Chambers until a security guard asked us what we were doing as we had “escorted passes” and nobody was escorting us. We left the building with tails between our legs, but avoided a collar pulling scenario.

We walked down the hill and met with Kate Murray who is our contact at the National Mental Health Commission. Kate and the NMHC are keen on what we are doing. Whoop whoop, another big lick. The NMHC are keen to get us on video to promote us through their channels; great publicity. We felt like show dogs.

We then trotted back up the hill to meet with Andrew Leigh MP who is Assistant Shadow Minister for Mental Health and Shadow Minister for Charities. We had 15 minutes. The end result is that we are on the radar with him and he will promote us in his Canberra electorate, see below.

At 4.30 we met 4 men from Canberra at a great little wine bar www.tilleys.com.au, a lovely funky art deco space. If you are ever in Canberra go and have a look. This was an unusual gathering of men for us, as all of them are deeply experienced in men’s work. They got it straight away, all we had to do was guide them through our process. MT24 was launched. Woof woof what a day, we retired two very tired old dogs.

Day Three – The Perpetual Men of the Village.

On Friday morning we headed down to Wagga (aka Tail Wagga Wagga) and met with a wonderfully engaging Victoria who is one of the community development officers there. She really showed us our first steps of what we can do in a large regional centre and she pointed us toward what she calls “The Perpetual Men of The Village” (great name for a band). These are what we call serial volunteers, the men who continually throw the ball, in doggie terms.

Then we headed down to Albury for a 3pm meeting with the local state MP Justin Clancy. We drove through the most amazing downpour. We had 30 minutes with Justin and he, as everybody does, really liked what we are doing and will support us within his electorate and write to Bronnie Taylor who is NSW Health Minister. More tail wagging from us. Justin is in fact an ex veterinarian; we avoided the thermometer.

Then on to Corowa to meet the Amaranth Foundation leaders Julianne Whyte, and Dave Harrison. We could have ended up in the kennel for the night with no accommodation planned, but eventually they put us up in free accommodation in an empty motel the Foundation had recently taken management of. It had a Bates Motel feel about it, 10 rooms spread end to end, David in room 1, me in room 10. Anyway, we joined a group of men who meet on the platform of the disused train station in Corowa every Friday night. We returned to the Bates Motel just as a huge electrical storm and another deluge hit; we didn’t see Norman. Barked at the moon a little. The following Wednesday night a new Men’s Table in Corowa had their first meeting!

We hit the road early Saturday after a big bowl of breakfast, no dogs breakfast to be seen! We took it in turns to hang out of the passenger window, tongues flapping in the wind, for 6 1/2 hours on the way home.
A great road trip for the mobile kitchen; it’s a dog’s life!

We are very proud to launch our 2020 Model of Care. The Model of Care is a combination of the survey we undertook of all men at Tables in early 2020, a literature scan of research that supports our model and real life stories and quotes of men sitting at Tables. We outline the case for preventative men’s mental health support and why a peer to peer solution delivers great results.

“Hearing others’ stories, it normalises my own stuff. I feel like I’m OK with what I’m going through” Trevor, MT4.

I was attending my business networking breakfast group one morning when the idea was floated of a Men’s Table: a place for men to be able to meet on a monthly basis and share a few personal things that you would not mention to anyone in the world.
As we started, we had in excess of 12 men come through. As we developed some rules of listening without comment unless invited, the men who were only there to deepen business relationships dropped away. This was when The Men’s Table really began to start as we had a committed group of 12 members.
We then started to really introduce ourselves; not who we are professionally or who we are perceived to be, but to really talk about ourselves personally and drop some of the masks we wear, and show a deeper more authentic version of ourselves.
I remember being asked initially how many children I had as a simple question and the emotion welled up inside me. I had always wanted to be a father, however my wife and I at the time were unable to produce a child and then in my fifties I could feel the grief of a life ambition that had drifted away. For this first time at the Table I struggled to speak and my eyes watered as I had never shared this feeling with anyone else in my life, including my wife.
This was a beginning for me to let it go! A place where I was no longer a senior corporate man or a successful small business owner. I began to share things at the Table I would never say even to schoolmates who I had stayed in contact with over many decades. The important point for me was the absolute privacy! It was ‘in the vault’ of the Table where I could ask for advice if I wanted it. Or just simply share, get things off my chest and drive home after a good meal and a glass of wine – knowing that what was said at the Table remained at the Table. I’ve left the Table sometimes feeling uplifted, but drained. But afterwards, that offloading has really helped because I’d unburdened myself. It was better than confession, with no judgement!
From when I first joined the Table, my marriage was troubled. By sharing about it I got to move through different ways of seeing what was happening. For a time, I got clearer that I should really give it my all and try to make it work.
By having the Table and the monthly opportunity to get real, this helped me make a decision that could have taken me 10 years longer.
When, later, my new partner was diagnosed with a terminal illness that took her from me in four months, I could let go of my emotions, and cry and sob at the Table without fear. Recently when I found one of my staff had been sabotaging my business I could feel the empathy of the other men, I could say “F***!” and drive home relieved.
Each and every member has had their own roller-coaster ride. We have seen it all from divorce, losing children, losing partners and parents, to our work or businesses thriving and crashing. There have been a few wins along the way for us all, however, the roller-coaster ride continues.
We all have diverse backgrounds, education, interests, faiths, beliefs and outlooks on the world. I do not agree with all men at our Table all the time, however, this is a very unique space where we get to be the people we are as individuals, irrespective of social standing or life circumstances.
We’re now almost nine years on, and if I had to endure on my own the trials and tribulations of what has happened in that time, life would have been much more difficult and I fear would have resulted in me having a much harder outlook than I do today. Instead my outlook is more calm and considered, and I feel privileged to be part of my Men’s Table.

The first Mens Table (MT1) began when 3 blokes over a coffee started talking about their struggles with the black dog.. namely depression. They realised that it didn’t come easily or naturally to reach out to others, and that they didn’t have a group of men they felt connected with to share how they felt. A call was put out and initially 15 men showed up for the next couple of months. They set their meeting date as 3rd Wednesday of the month. Within the first 6 months, 12 men  committed to sticking around and growing old together. 11 of the original men are still at MT1, and another bloke joined them.

Mens Table 2 began when 2 friends connected to one of the MT1 recognised their need for more regular, and deeper connection with a group of guys. They were both expats, and despite having formed friendships in Australia, felt a lack of depth in most of their relationships with other men. Their initial meeting began with 7 men. They are now putting the word out to others to get their numbers up to 12